Demystify the Blockchain Privacy Paradox — How Oasis Solves This

Personal and data privacy are emerging trends that have been propelled forward primarily due to the failings of Web2. Individuals are no longer happy to allow internet giants full and unrestricted access to their data and are looking for new ways to secure it.

As part of the shift away from Web2 and into Web3 where data privacy will be at the forefront, we at Oasis are preparing to take blockchain forward despite some feeling that data privacy on blockchain is a paradox.

Things have already started changing on a legislative level. One example is the EU’s General Data Protection Regulation (GDPR), where data protection and privacy have been highlighted as crucial human rights. Still, people want technology, not courts, to protect their privacy at the base level.

Blockchain technology is being looked at for data protection and privacy. But, some of the core tenants of blockchain make it limited for privacy. Immutability, transparency, and traceability work against blockchain, taking data privacy into Web3. Some have even argued that blockchain’s lack of privacy hinders it as a driver of Web3.

At Oasis, we understand the importance privacy and data ownership will play in a Web3 world. As such, we have made it our mission to create a privacy-first blockchain platform that can break this privacy paradox apart.

Oasis has set out to solve the blockchain privacy paradox by creating a privacy-first, scalable, Proof-of-Stake Layer-1 blockchain network that is EVM compatible, flexible, and future-proof for a Web3 world.

In public blockchains, anyone can access the entire history of transactions executed on a particular chain. This is done to ensure the chain’s security as each person has an equal opportunity to verify the accuracy of the information stored.

It becomes problematic when the information being stored is personal and sensitive. Individuals who do not want this data to be public will not use public blockchains. Additionally, there are legal challenges when storing data immutably on the blockchain as GDPR and other legislation demand it needs to be deletable.

At Oasis, we are working to solve many of the difficulties in blockchain while still holding onto the core tenants. Oasis is still public, immutable, and decentralized, while offering Web3 privacy thanks to the privacy-preserving technology at play.

We have already entered a world where data protection and privacy are being placed back into individuals’ hands thanks to people’s demands to no longer be exploited. Legislation is catching up, but a proper data-protecting technology is needed if we are to ensure Web3 ideals of data sovereignty. At Oasis, we want to change that and be the driver of blockchain into the Web3 world where data privacy is a core pillar.

The Oasis Network’s architecture powers it as an enabler of blockchain in Web3. We utilise a modular architecture that separates consensus and smart contract execution into the Consensus Layer and the ParaTime Layer.

Separating these layers allows ParaTimes to process transactions of different complexity in parallel with shared consensus. But it also offers incredible flexibility and the potential to incorporate customisable privacy-preserving technology that can break the blockchain privacy paradox.

Within the Oasis Network currently, there are two confidential ParaTimes — Cipher and Sapphire. Additionally, there are data governance APIs in Parcel that help with data tokenisation and create things like Confidential NFTs, which have a real role to play in Web3

Cipher is a ParaTime for the Oasis Network that supports confidential smart contracts. In a confidential ParaTime like Cipher, nodes are required to use a secure computing technology called a Trusted Execution Environment (TEE).

This process ensures that data remains confidential and is not disclosed to the node operator or application developer, maintaining true and total privacy for users.

Having a confidential ParaTime offers dApp builders looking to provide privacy protection a place to build towards Web3. There is a new demand from individuals and legislation for privacy to be preserved. Those building the foundations of Web3 can do so with Cipher while propelling blockchain into this new era.

The Blockchain Paradox, as we have discussed, is hindering blockchain’s move into Web3. We have created Cipher to break through that paradox and allow blockchain to be used in Web3 as it can preserve and protect privacy.

Having seen the depth and breadth of the EVM developer community, we noted that Solidity developers lacked options for building privacy-enabled apps, and have now worked to enable this.

Sapphire is a Confidential EVM ParaTime allowing solidity developers a familiar environment to build in, with privacy-protecting technology. By building on Sapphire, developers will also have access to the world-class privacy-preserving technology from Oasis, allowing them to be part of the new responsible data economy we are looking to form.

Finally, Parcel, a set of data governance APIs, is already showing impressive use cases for blockchain in the Web3 world. Through this privacy-protecting technology, we have been able to create Confidential NFTs.

Confidential NFTs operate just like regular NFTs but also confer access to data, which is entirely private. These NFTs use Parcel for confidentiality, meaning the data is kept on a full permissioning and compute layer, allowing much more functionality and possibility.

A good example of Confidential NFTs in action is the “Army of Minions” NFT Collection by bishop on Oasis. The owners of these NFTs have exclusive access to the underlying mathematical function — the data backed on the outward-facing image — that created their Minions.

To further highlight how a person can control data with Confidential NFTs, Professor George Church, co-founder of Nebula Genomics and professor of Genetics at Harvard Medical School. He has minted an NFT of his genomic data, with the data hosted on the Oasis Network.

The inspiration for this move came from thinking about how genomic and health data can be fairly shared and monetised while keeping it secure, private, and in control of the data owner.

The current generation of blockchains have faced their own internal issues — such as scaling and decentralisation — but as things have progressed, they are also facing a lack of application.

We have seen small use cases for blockchain in today’s world, but there has not been a killer application yet, and the progress of the technology has stalled. As we head from Web2 to Web3, a significant shift will happen where technology needs to embrace new ideals.

It is clear that privacy, and associated data sovereignty, is one such ideal that was exploited in Web2 and will be protected in Web3. But, it is the blockchain paradox that has hindered the technology’s move into Web3.

At Oasis, we have identified privacy as the driver of blockchain’s inclusion in Web3 and are working to incorporate it. With our modular architecture and flexible layer two with privacy-preserving technology, we can break the blockchain paradox and provide a protocol that can foster the demands of the next iteration of the internet. 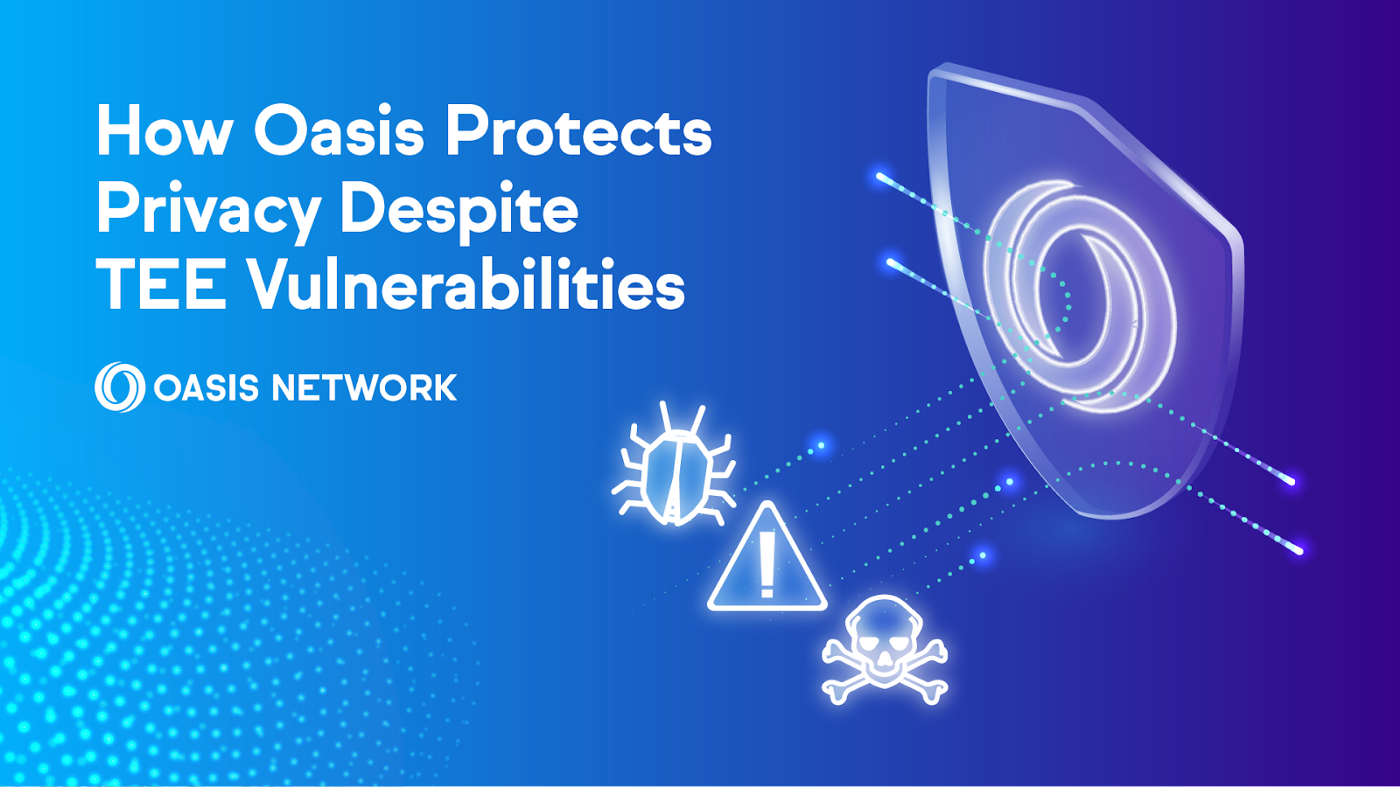