The engineering team has more updates about the work completed in November.

The continuing work on the Oasis Wallet — Web saw version 1.4 released last month with improvements to usability, security, and performance. There was also an important security update for the Oasis Wallet - Browser Extension.

The overall network health remains good, with Emerald and Cipher ParaTimes experiencing no downtime and Sapphire ParaTime running steadily on the Testnet. Emerald also saw a daily peak of 22,594 transactions on 8 November, a 20% increase from October’s peak.

There are many other improvements and fixes to the developer and core platform, as well as several Testnet highlights and statistics for November.

In November, a new release of the Oasis Wallet — Web was made, version 1.4. A number of UI improvements were introduced which improved usability, security and performance. A lot of work was also put into internal testing framework refactoring which now uses Playwright for end-to-end tests. Feel free to give the new version a spin at wallet.oasisprotocol.org! Most notable additions:

64 pull requests were merged in November.

An important security update was released for Oasis Wallet — Browser Extension. Version 1.8.1 fixes a potential vulnerability where a browser caches sensitive information unencrypted on the disk of the fields which the user filled in the past for future autocompletion. If you’ve installed your Oasis Wallet — Browser Extension through the Chrome Web Store, your wallet has already been automatically updated.

Throughout November, the Emerald and Cipher ParaTimes were stable both on Mainnet and Testnet. Sapphire has not been deployed on Mainnet yet, but is running without major issues on Testnet. No downtimes or other incidents have been reported.

Testnet saw increased Sapphire compute and key manager nodes deployments. We want to further encourage potential node operators and dApp developers to learn about Oasis and join our ecosystem! Follow our documentation on how to set up your own validator and ParaTime compute node, test the network and report any issues back to us.

In the Sapphire ParaTime, the new pending block tag was added which allows you to fetch all transactions that will be included in the next block (0d4ba11608). A new example based on the hardhat-boilerplate was also added with support for the browser frontend (#73). See the documentation additions below to learn more. A new 0.2.1-testnet release was made and it is already live on Testnet. A total of 4 pull requests have merged into the Sapphire ParaTime in October.

A new release of Emerald Web3 Gateway — 3.2.0-rc1 — was released. It is compiled with the new Oasis Core 22.2.x branch and Sapphire ParaTime 0.2.x. Other fixes were mostly minor dependency bumps. In November, we merged 8 pull requests.

Two chapters were added to our Documentation:

Additionally, when a dark theme is used we now inject a bright background behind the images. This way, we temporarily solved the issue of the diagrams without the background not having readable text when enabling the dark theme. We also did some housekeeping and bumped Docusaurus to the latest version 2.2.0 and fixed links pointing to non-existent external sites. A total of 17 pull requests have been merged.

Three maintenance updates for Oasis Core were released in November: 22.2.1, 22.2.2 and 22.2.3. Currently, the 22.2.x branch is live on Testnet and users are encouraged to update their nodes. When the release will be proven safe and stable, we will announce the adoption on the Mainnet.

The new ADR 20 was accepted in November which proposes additions to the existing governance voting protocol introduced in ADR 4. Currently, the validators vote on behalf of their delegators. This ADR overrides this so that anyone can vote depending on their stake regardless of being in the validator set or not. Such voting can cause performance degradation though and this ADR provides a number of benchmarks and viable implementation proposals.

December became a landmark month for the Oasis Network after our engineering team ended 2022 with dozens of updates implemented across an array of ongoing projects. 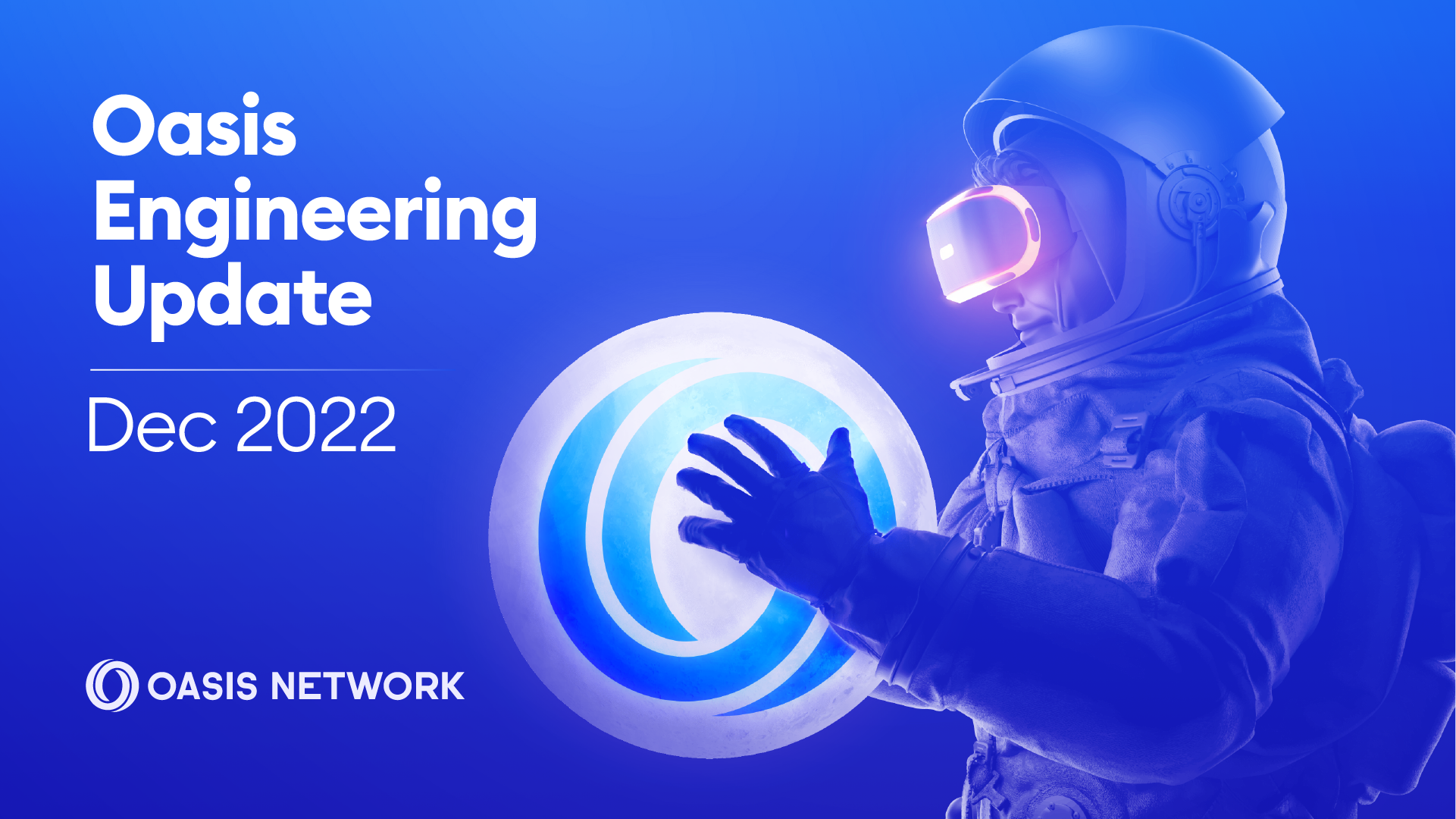 The engineering team has more updates about the work completed in October. 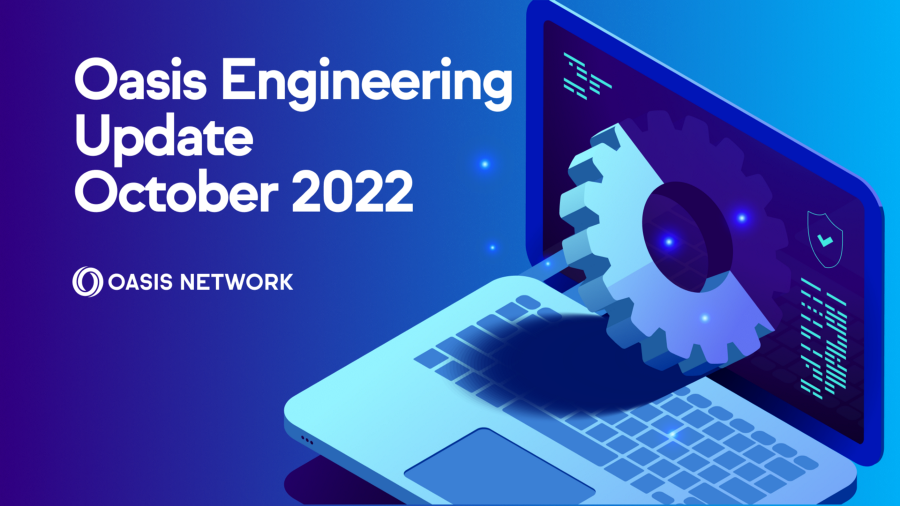